When I was a wee lad, I heard stories about Skinner’s Saloon every time we drove through Bannock, Montana’s first Territorial Capital. Stories about real old west outlaws always capture a little boy’s interest.

This famous establishment is known as Skinner’s Saloon. In the early days of Bannack, it was owned by Cyrus Skinner, who also owned a saloon in Virginia City, along with numerous mining claims. The saloon was originally built across Grasshopper Creek at what was known as Yankee Flats, then moved to its present location the spring of 1863. Cy was a bad boy and had an extensive criminal history and arrest record for stealing everything from mules to gold. He not only robbed individuals, he and his gang scored at least one massive haul from a Wells Fargo stage coach.

On his last trip, as a guest at San Quentin’s crowbar hotel, he had the good fortune to befriend fellow inmate, Henry Plummer.

Henry was elected sheriff of Bannack on May 24, 1963, and also was elected sheriff of Virginia City, a nearby gold-strike boom-town, that became Montana’s second Territorial Capital. Plummer’s deputies, referred to themselves as the “Innocents” but in reality were all highway men, thought responsible for over 100 murders.

Cy and Henry renewed their prison friendship when they met up again in Bannock, and Cy’s saloon became the place where the Innocents planned their assaults, and probably from Skinner’s Virginia City operation too. In those days bar talk always seemed to find its way to the outlaws’ ears regardless of venue. Anyone leaving either Bannack or Virginia City with any gold or cash, wouldn’t make it to their destination alive.

Tired of the ceaseless robberies and murders, the Masons formed the Vigilantes. Armed with a list of whom they deemed as suspects, many were paid a visit by masked men in the middle of the night and basically told to leave, “or else”.

Meanwhile Red Yager was captured and fingered Plummer, along with other gang members. Plummer was hung, along with 2 of his deputies, on January 10, 1864.

Skinner, fearing for his life, had already sold his business holdings here and moved to Hell Gate (near Missoula) where he again set up a saloon, hoping to the avoid swift justice his friend received in Bannack. Vigilantes tracked him down and hung him as a spy for the road agents. He and Alex Carter were hung on January 24, 1864.

So finally the Vigilantes, whose symbol was 3-7-77, cleaned up the two towns by eliminating the outlaws. They also cleaned up the Innocents’ mining claims, by transferring their ownership to themselves. The Montana State Highway Patrol adopted the symbol as being emblematic of the first law enforcement in Montana. No one knows the true meaning of 3-7-77, but most think it represents the dimensions of a grave, though that conclusion if hotly debated.

Top: Skinner’s Saloon with Hotel Meade in the background.

Number 2: View from inside Skinner’s Saloon. The 2 buildings shown on the left are known as the Gibson houses, built in 1862. The smaller of the two was the family home. The other building was originally known as the Montana Hotel, and eventually became a rooming house.

Number 3: The “Plank” in the Saloon. Though not original to the building, it does look as it may harbor a few secrets. The original “Plank” was probably literally a plank resting on barrels.

Number 4: Broken down wagon with the Meade Hotel in the background and Skinner’s Saloon to the left. 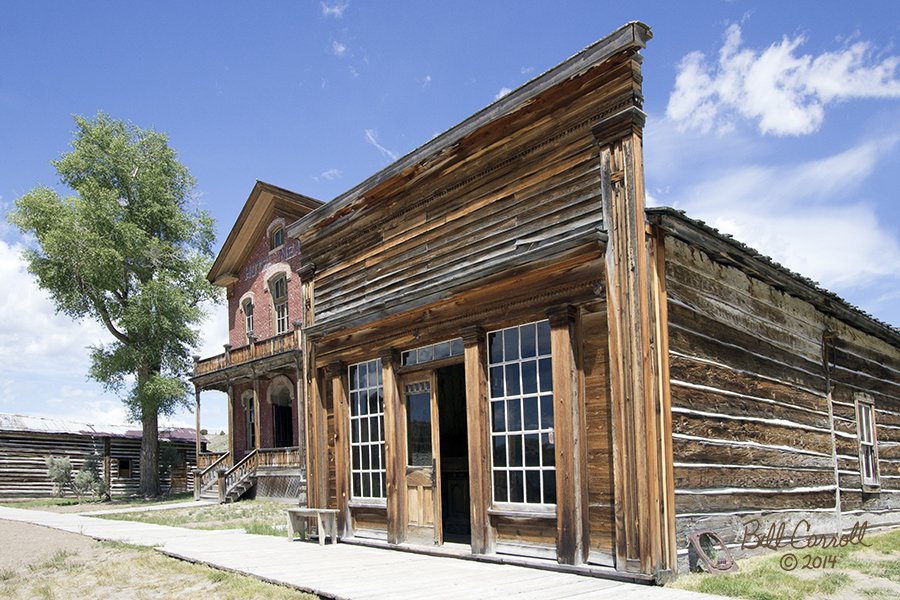 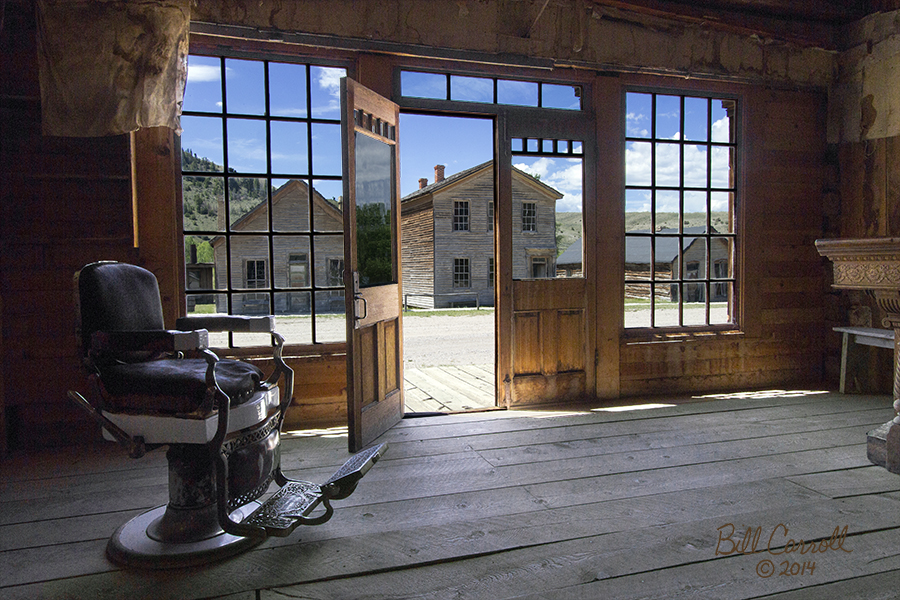 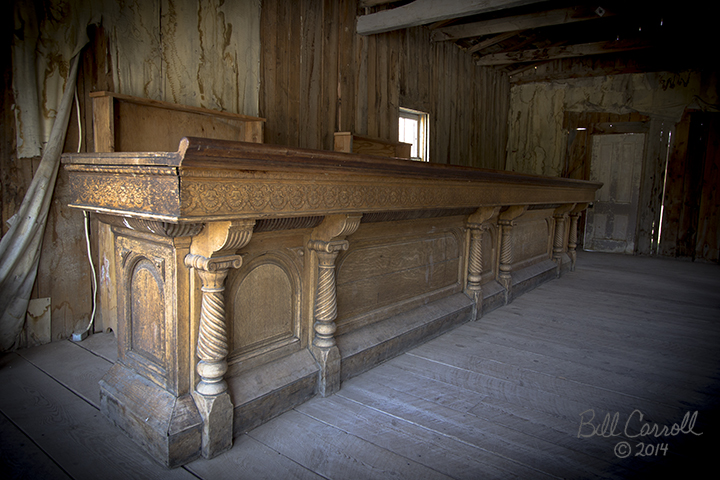 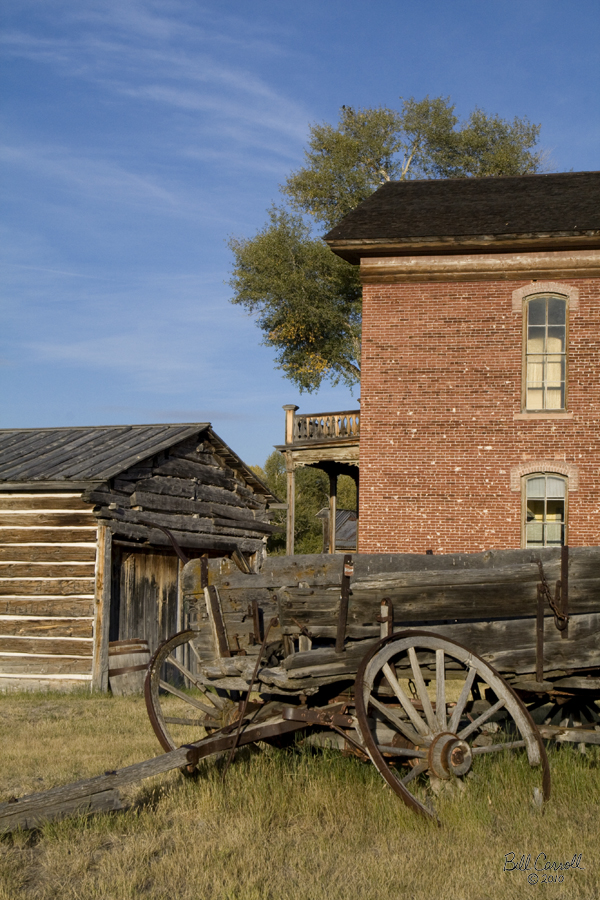 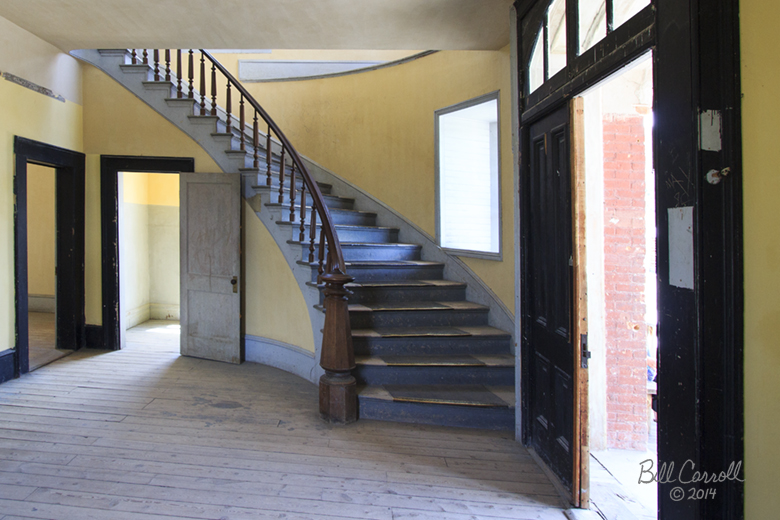 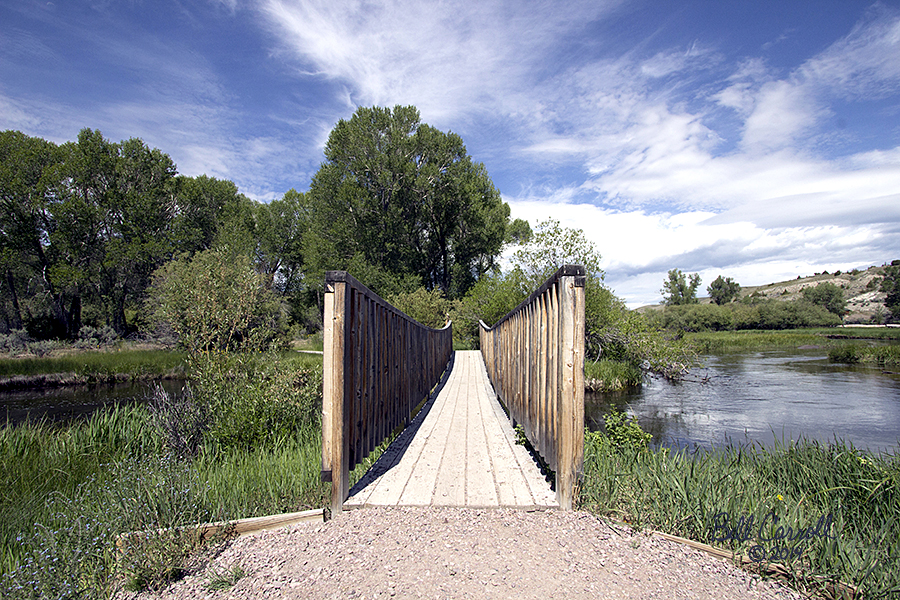