I caught The Black Widow at Rosalia, Washington, where it stopped for a few minutes. I’ve seen this engine 4 times but only once was I able to take any pictures of it. I think it is an EMD FP9, 1,750-hp locomotive, built by General Motors Electro-Motive Division. This model was produced between 1954 and 1959.

Eventually, it was sold to a party in California and was repainted in a different color scheme. 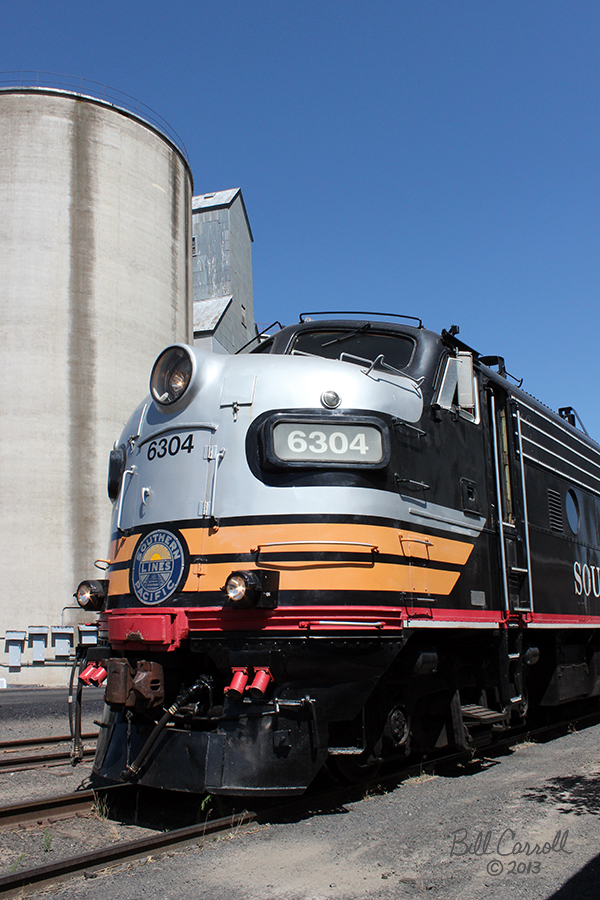 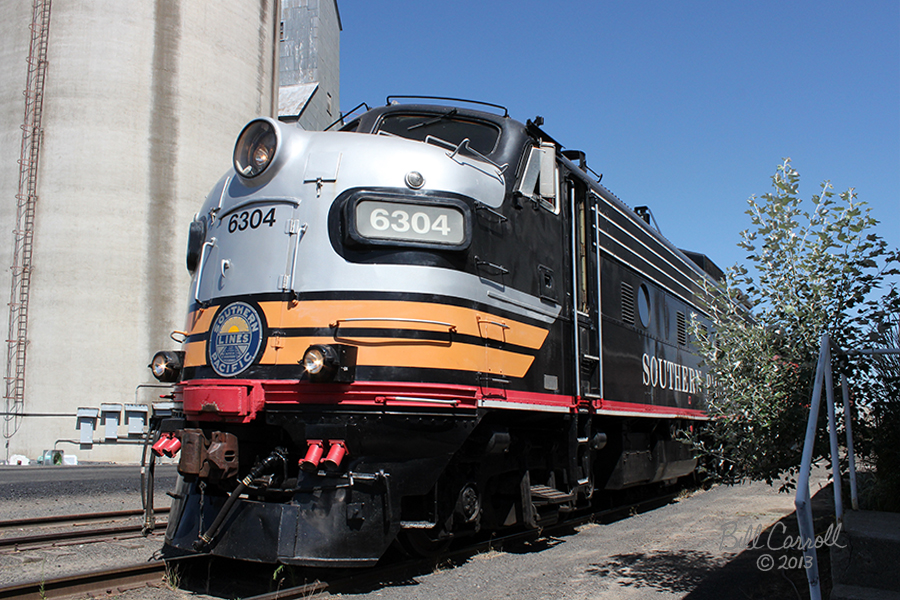