Beaverslides were invented in, and named after Beaverhead County, in 1908.They were instrumental in cutting the back breaking labor it took to put hay into stacks for winter use. They are about 30-ft. high to the cross-bar at top of the slide.

This one is located just south of Jackson, Montana, on a ranch owned by a brother & sister team, Walter Zobell and Frances Strodtman-Royer. There are only 3 or 4 ranches that still operate the behemoths.

Picture 1: Beaverslide dumping hay into a square formed by the wings on each side, which are attached to the beaverslide, and the backstop, which is separate. A pre-WW II vintage Chevrolet “Powerwagon” equipped with a winch, pulls the “basket” up the slide. Frances, the operator, can direct where it lands on the stack, by how fast she pulls it up and where she stops the winch.

Picture 2: Walter pushing hay onto the beaverslide “basket” with a buckrake. He wears a helmet that filters the dust he breathes.

Picture 3: A load going up. From the position of the 2 stackers, they want the hay to go to the back of the stack. The hay here is native grass, mostly timothy, with other species mixed in.

Picture 4: Buckrake detail with Walter adjusting his air supply. Buckrakes are homemade, usually from light trucks. They steer from the rear, so driving one can take a little practice! The rest of the crew consists of mowers and rakers.

Picture 5: In the Big Hole, one is never too far away from a log chain.

Picture 6: Finished product. 20+ tons of hay waiting for winter. All that needs to be done now is to build a fence around it with pole panels to keep the cows out when they return to this field to graze this fall. 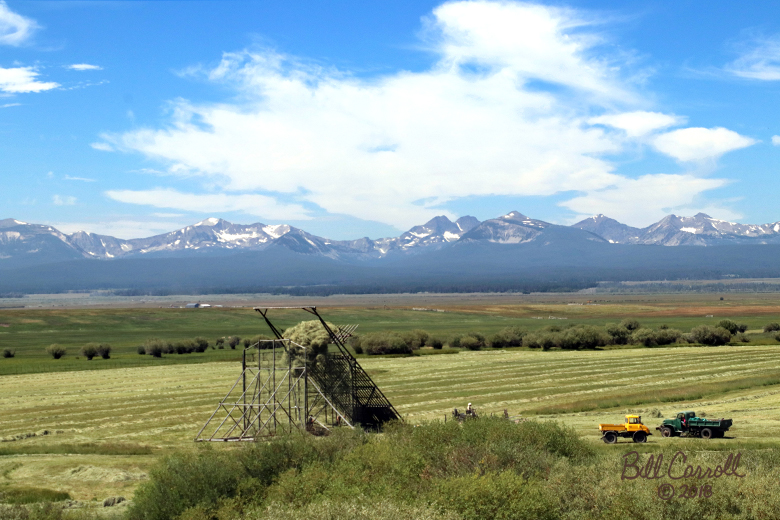 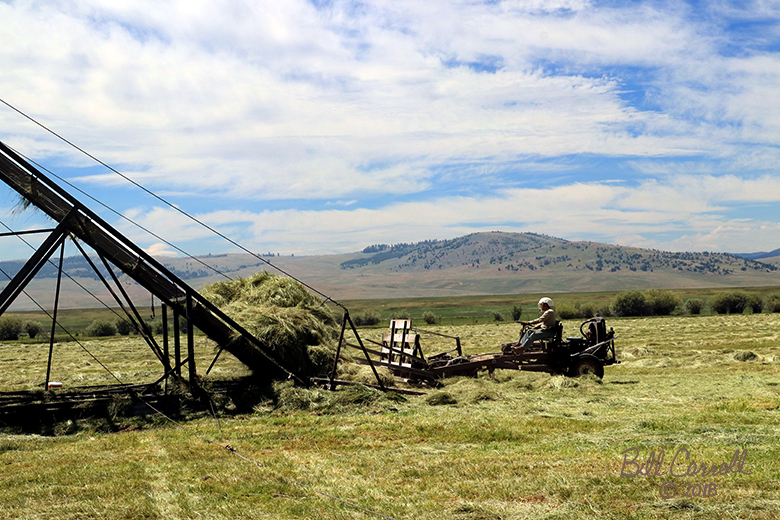 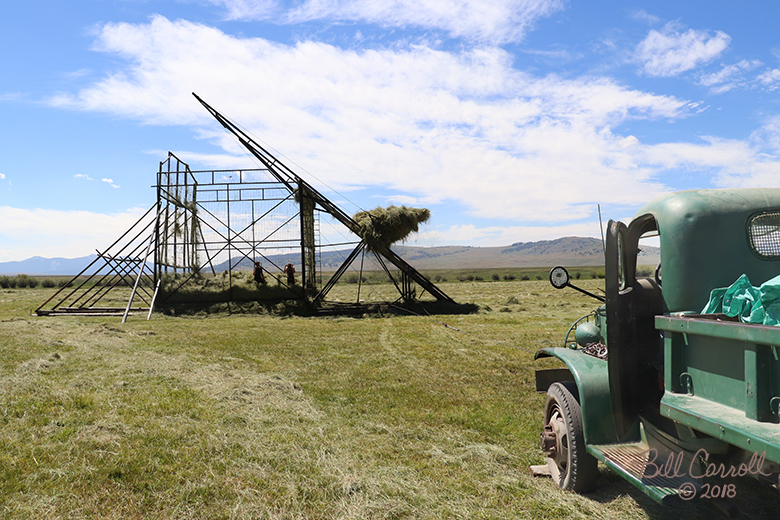 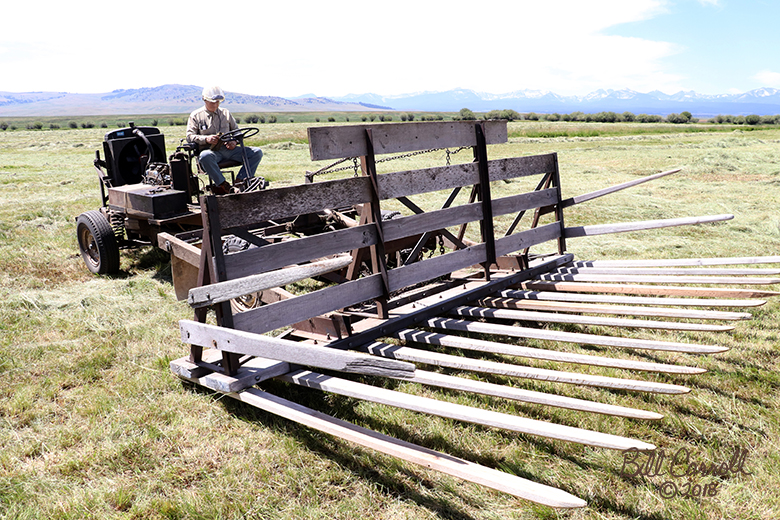 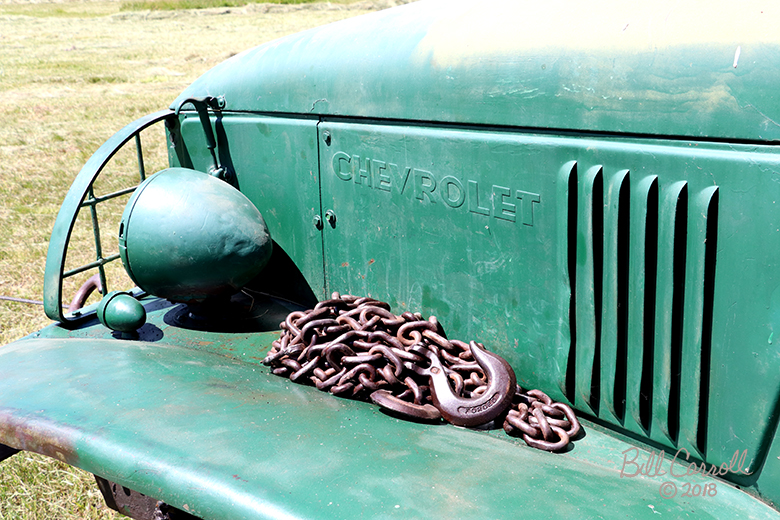 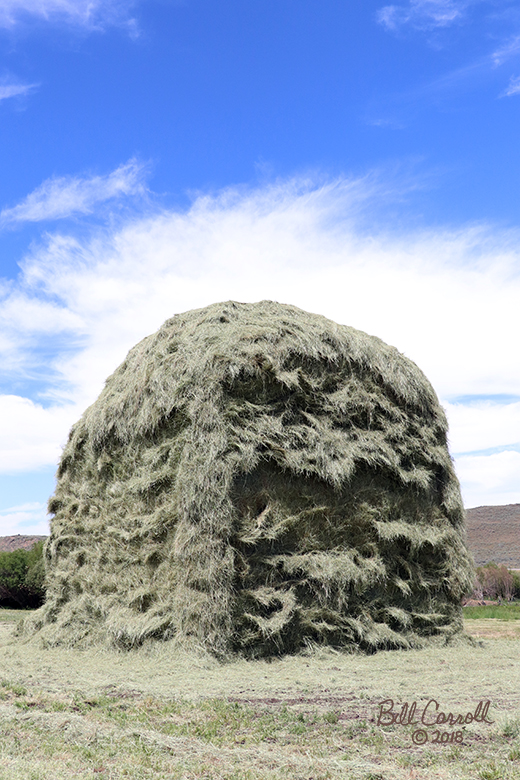