In Palouse, a nearby town, a tavern/bar caught fire. I’m hearing rumors that arson is a possibility. A couple has been remodeling the building for several months and had a soft opening Monday evening by invitation only. I went to work about 3:30 am, and we were toned at 4:32 am. The locals told me that the town siren sounded at about a quarter to 4.

I was positioned perfectly for the call, being dressed and awake.

After arriving, I photographed the scene facing Main street, then noticed the clock, which I used to track the time of the fire progress and major events.

The building to the left was the source as you can see and was a loss. The fire crews have their hoses trained on the adjoining buildings, and thanks to their efforts, they were saved. 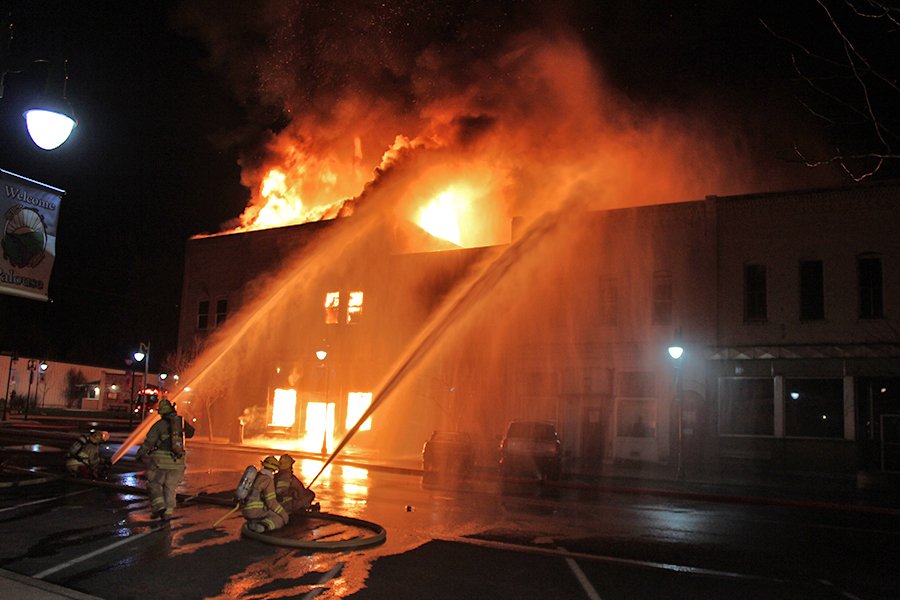 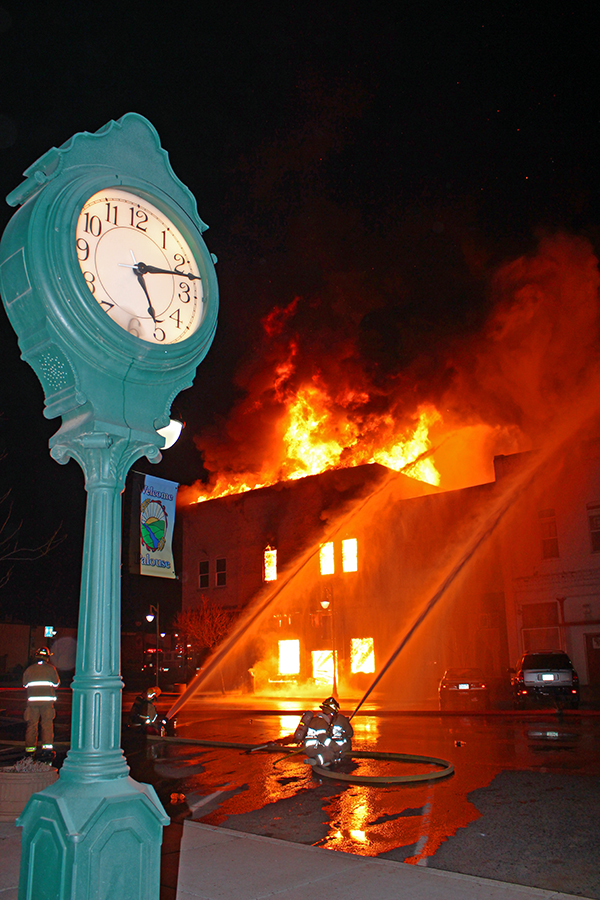 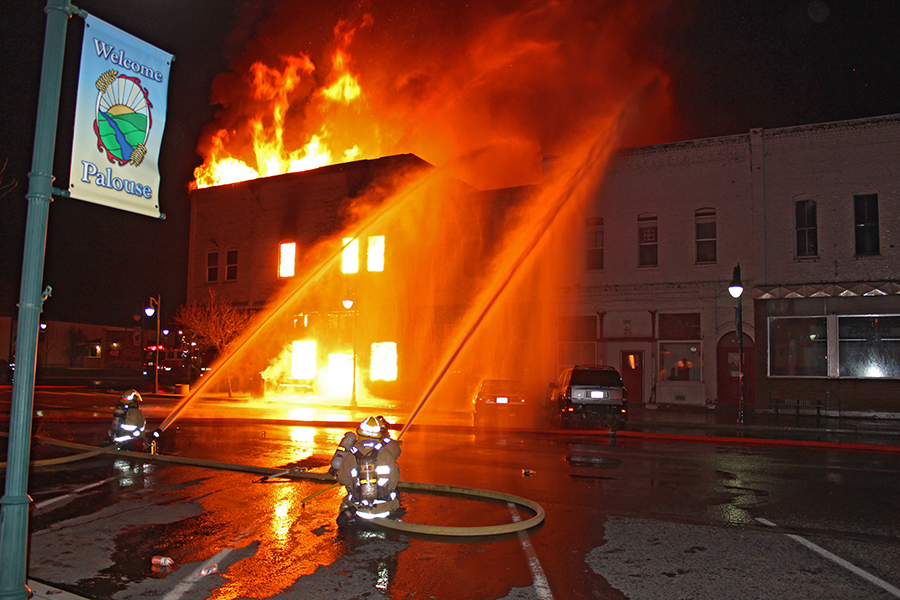 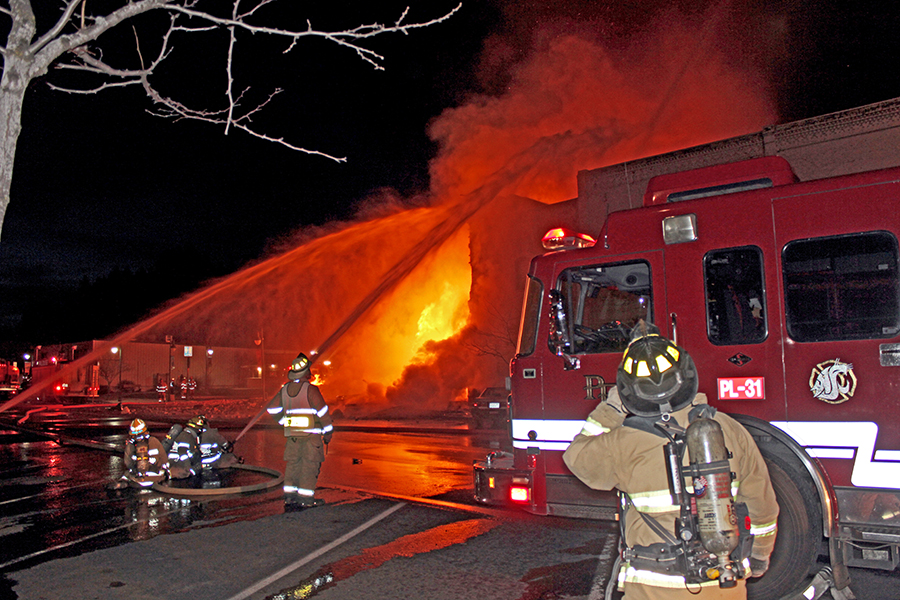 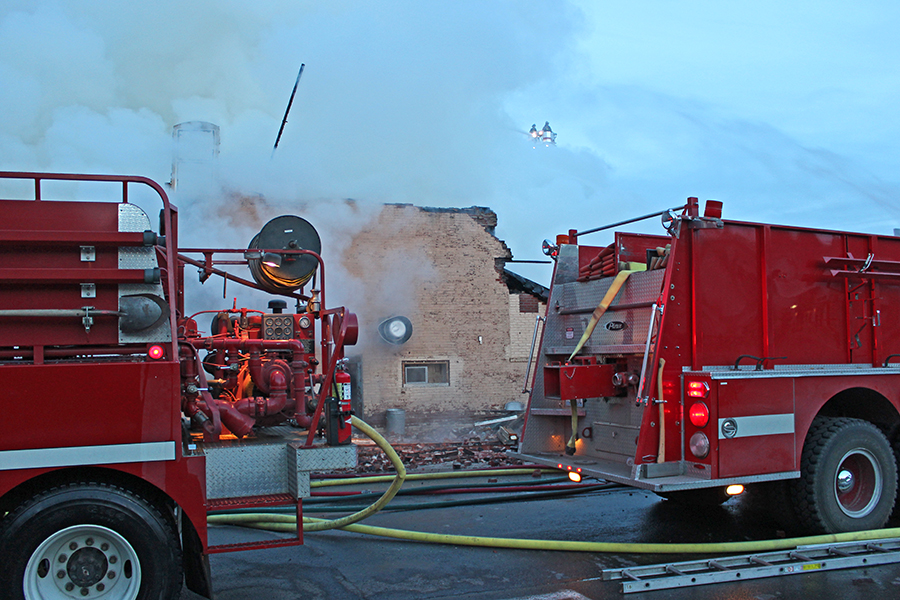 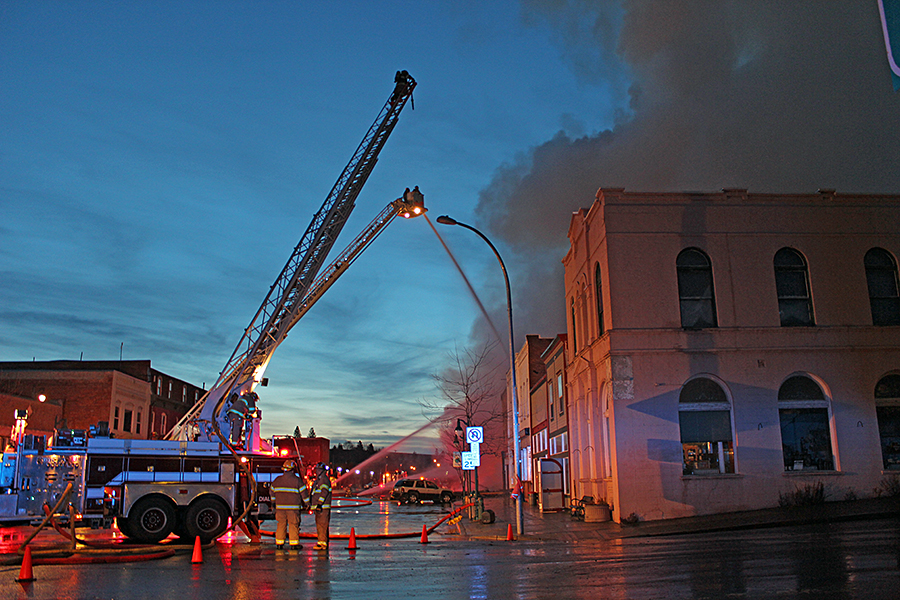