This adobe building has been continuously inhabited about 1000 years, the longest of any building in the US.

The Spanish arrived in 1540 and enslaved the inhabitants. In 1619, they were forced to build the first church that I refer to as San Geronimo I (St. Jerome). That church was destroyed in the Spanish Revolt of 1680, then rebuilt. It, in turn was destroyed by the U.S. Army in 1847, after the Indians revolted after the Mexican American War when the area was transferred to U.S. control. During the revolt, Governor Charles Bent was killed. According to the Indians, the warriors and other physically fit tribesmen went to the hills. The wounded warriors, women, children and infirm took refuge in this church. The U.S. Army destroyed the building with cannon, killing about 150 people, who were then buried in the church yard. It then became the cemetery for the pueblo until recently when there was no more room. The original bell is still in the tower and the ruins of the church lie behind and to its right.

This chapel, I call San Geronimo II was built in 1850 of adobe. Adobe requires regular maintenance and the day before we arrived, it was repaired. It rained all night and damaged the repair, so it will be done again. 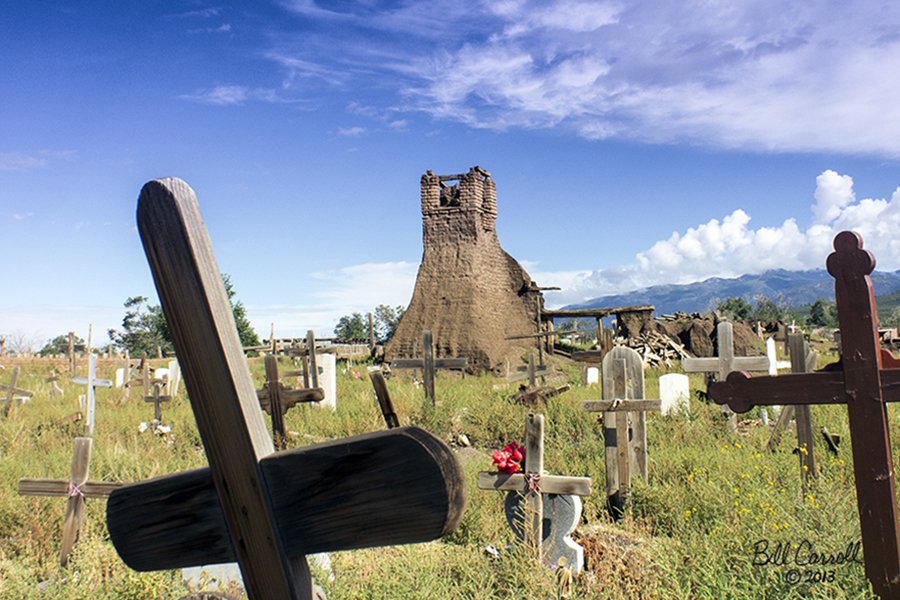 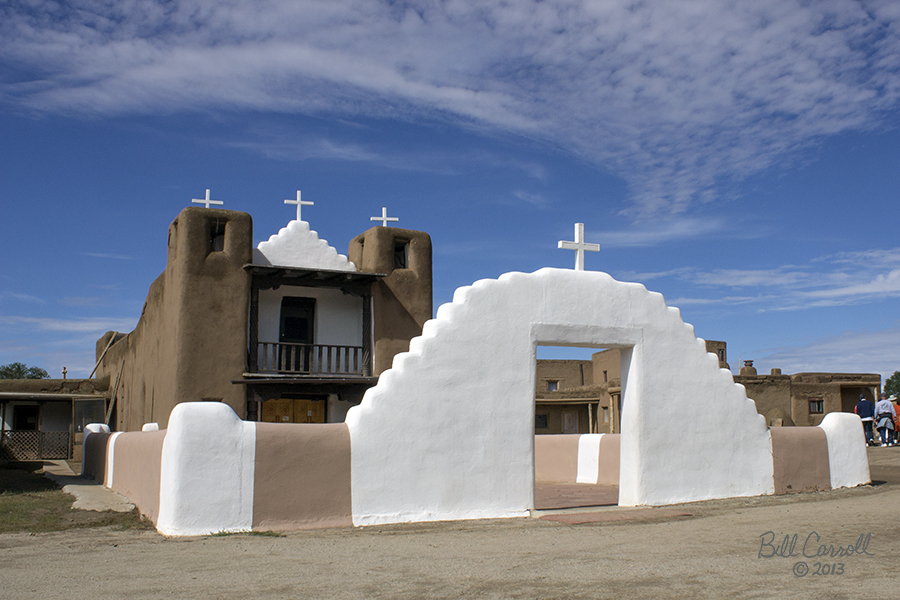