Tuesday, about 2:00 PM, this fire erupted on the south side of the Snake River, and due to high winds spread rapidly and eventually jumped the Snake River into Whitman County. Local fire departments were called about 5:30 PM. There was much loss of standing grain, pasture, fences, at at least 1 outbuilding. Fortunately there were fields of unripened garbanzo beans too, which are almost fireproof at this stage until harvest time, when the oily garbanzo dust is almost explosive.

It is an amazing thing to watch all the resources in the area merge in a matter of an hour. I think every department south of Spokane was mobilized, including several north Idaho units. There were dozens of engines just in the area we were working, and tanker trucks that self-located to numerous convenient places. This kind of fire requires small nimble engines with 4-wheel drive and lots of power to negotiate the steep slopes and often soft ground in crop. It gets more interesting at night when it is difficult to see the terrain. You don’t want to accidentally drive over a cliff!

Farmers responded with tractors and discs to create fire lines to buffer crops, which in this case sometimes failed because of strong wind blew embers for miles. It’s amazing how far the embers are carried, and can be quite a show at night. Other farmers appeared with huge field sprayers and engaged for building protection. It is incredible to watch how everyone integrates to get the job done.

Emergency Management set up with a Command Center. 8 Porta-Potties materialized along with Pizza and Tacos, and about 2 pallets of water and energy drinks.

Our unit was relieved about 2:00 AM, and other departments were assigned to night duty.

Top: Our area firefighters assess the blaze and formulate a plan.

Second: Sun and Smoke. I took this picture a few minutes after the one above when the crew, composed of firemen and farmers, engaged fire front racing to the edge of the field they were inspecting in photo above.

Bottom: Slow moving fire-line actually burning against the wind and downhill, a rate sight. Crews were waiting for it to progress into an area they could get in and engage it, while protecting structures, etc. 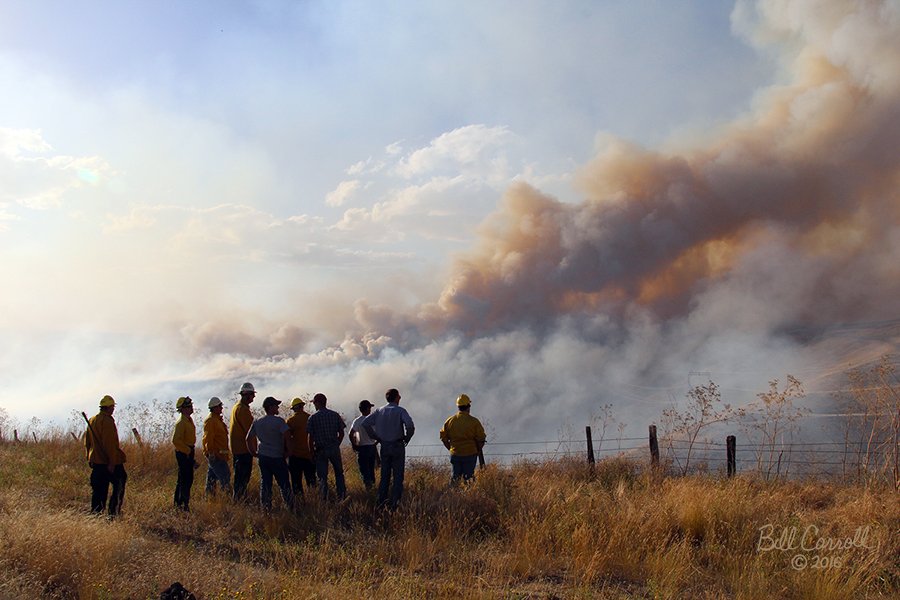 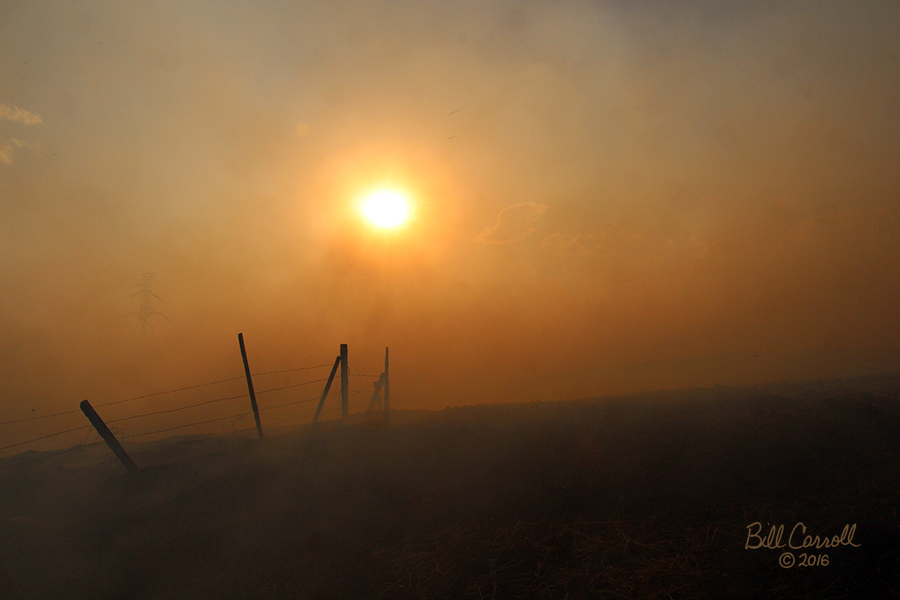 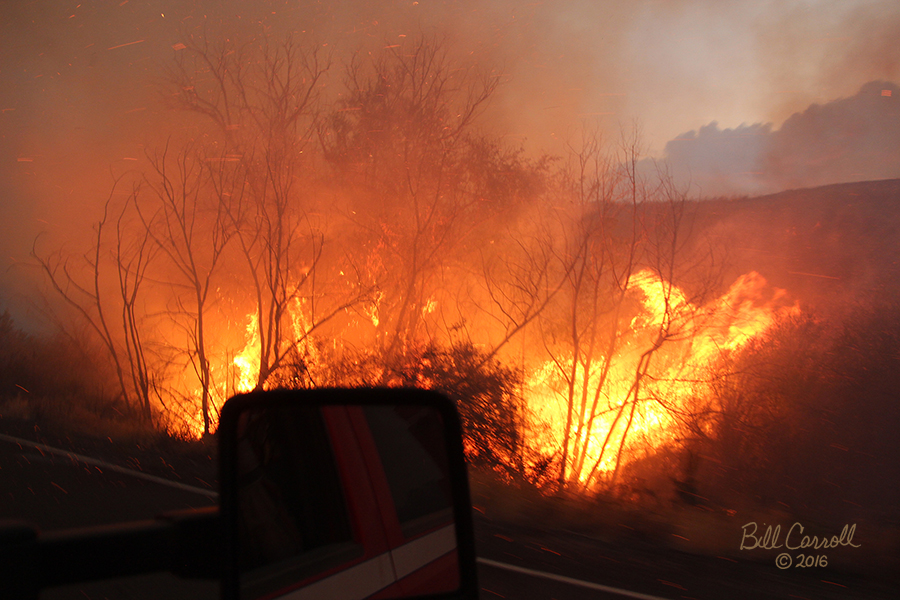 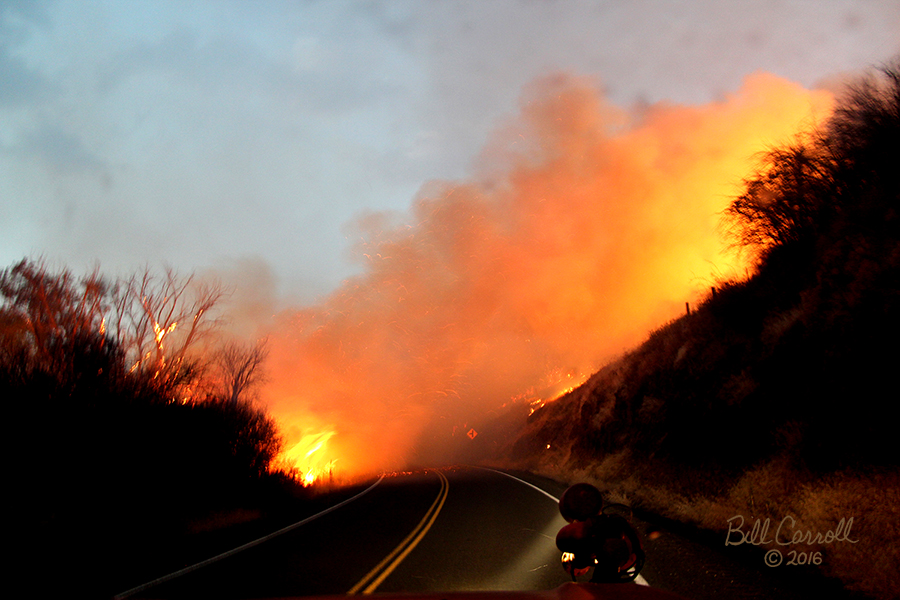 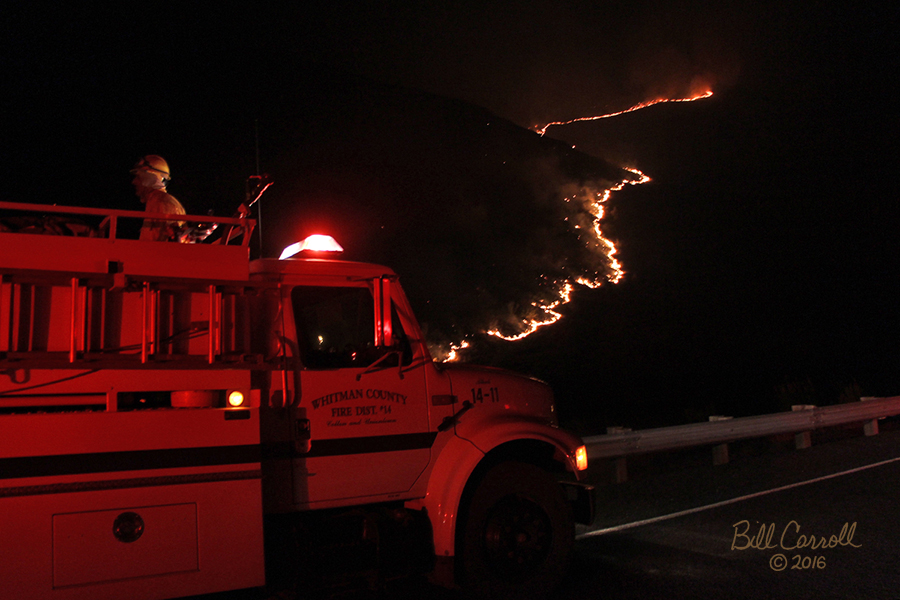