I had the privilege to take a brief tour in Aluminum Overcast during one of Experimental Aircraft Association’s (EAA) Bomber Tours in Spokane, WA. Aluminum Overcast is one of only 10 Boeing B17s surviving in airworthy condition out of about 12,700 produced for World War II.

A huge airplane of the day, it was formally introduced in 1938, following the first prototype flight in 1935 and much re-designing. Considering that Orville and Wilbur Wright were first to fly a heavier-than-air machine on December 17, 1903; which evolved into a 4-engine, high altitude bomber in a mere 35 years is nothing short of astonishing.

The B-17 could take off weighing an eye popping 65,000-lbs. Considering that it was the first Boeing bomber with an actual flight deck, bringing the pilot(s) inside the plane instead of an open cockpit, that’s quite an accomplishment.

It was powered by 4 Wright Cyclone 1200-horsepower engines and had a ceiling of over 35,000-feet. It cruised at 150-mph, with a top speed of 287-mph. Crew originally consisted of 10 men, which was reduced to 9 men sometime in mid-1944. It was protected by 13 Browning 50-calibre heavy machine guns, and could carry a bomb load exceeding 9,000-lbs. Long missions required more fuel, so to compensate, the bomb load was reduced.

I have always admired B-17s, being that they brought my Dad back to his base in England after 36 missions over enemy territory in Europe. One mission wasn’t credited because his plane was involved in a mid-air collision, jamming the bomb-bay doors closed. If you couldn’t drop your bombs, the mission didn’t count. They landed in Paris, France, only a few months after the city and air field was liberated.

His position on the crew was Flight Engineer and Top Turret Gunner. Most of that turret is dismantled for tours so that us fat guys can walk through, but makes it impossible to climb up to see the view from the top. He is pretty hard of hearing, but having your ears between “Twin 50s” must be bone-jarring during battle. I can’t even imagine the noise!

He flew both B-17Fs and B-17Gs, distinguishable by the front-mounted chin turret, though some F models were retrofitted with that turret too, late in the war.

During the tour, our blonde pilot took us to Coeur D’Alene to turn around and I had the good fortune to be in the Bombardier’s seat when we got there. It was beautiful! I’m one of the few that ever bombed Coeur D’Alene instead of getting bombed at Coeur D’Alene!

In spite of some overcast and rain, it was a great day, and I would highly recommend it! 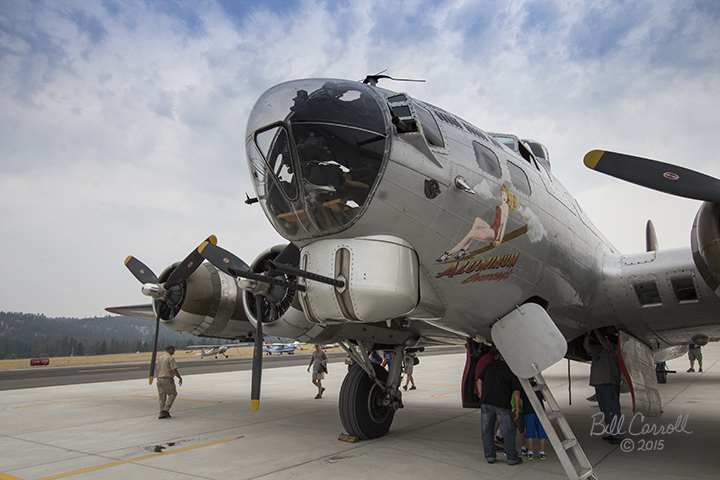 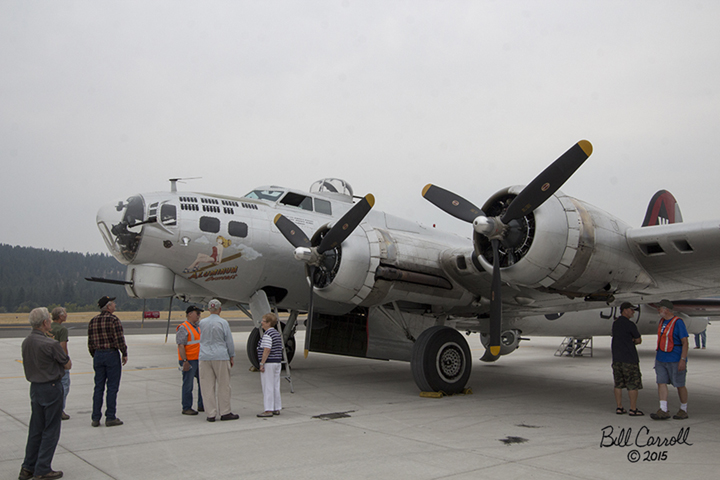 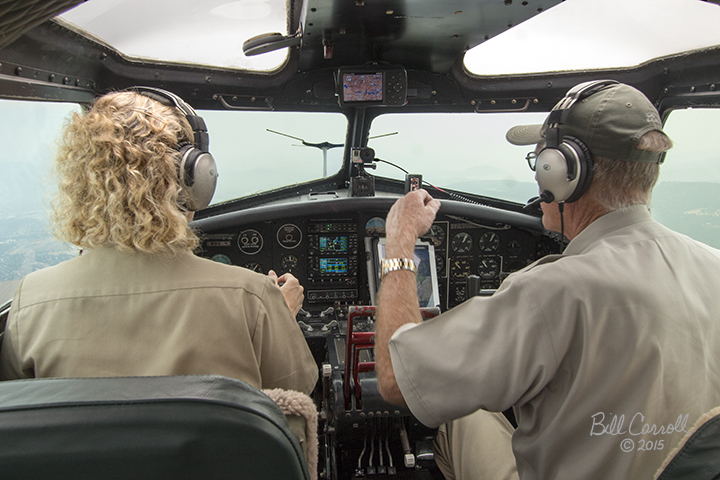 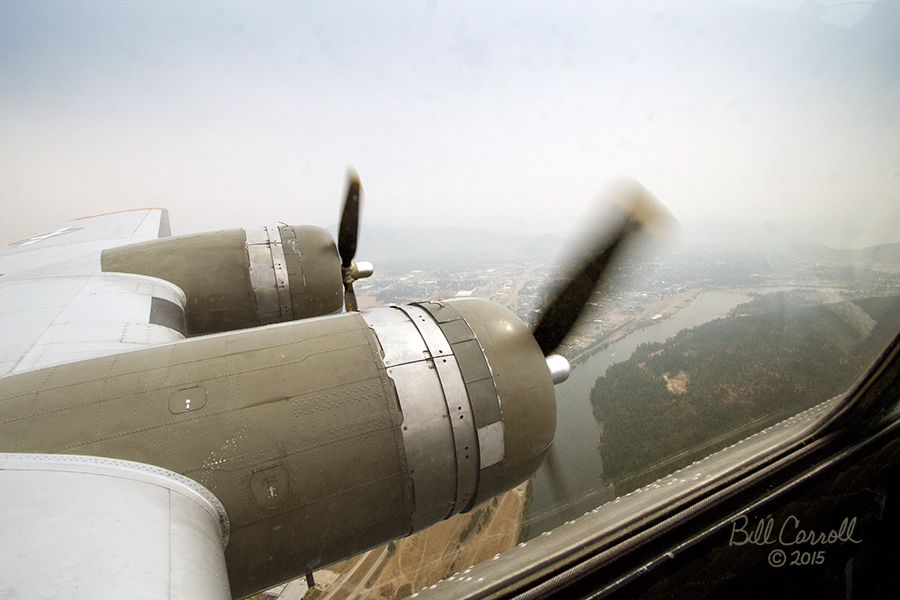 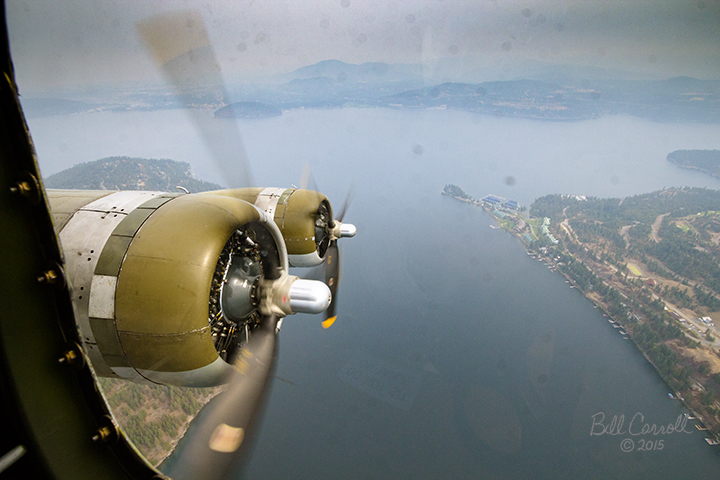 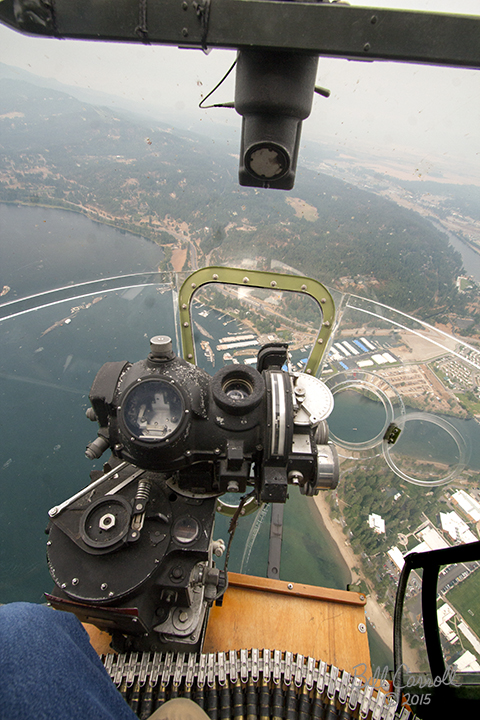