This fire was reported when it was just a few acres, and we responded with a lot of units from several towns. There wasn’t but a slight breeze and there wasn’t much damage, but it was a good day to take pictures. to give you an idea how easy it is to set a fire right now, the landowner got a unit, probably a tractor stuck on the top of the hill. He went to the shop and got a crawler and went back up to pull out the tractor. When he looked back he saw smoke. The theory is that the steel track striking against a rock created a spark, and that, in turn, ignited the fire. Fortunately too, the fire was almost completely surrounded by summer fallow (bare soil), that will be planted to winter wheat soon.

I hitched a ride up the hill with one of Steptoe’s units, in spite of something their crew preconceived as a transgression by me on a previous fire, they picked me up. Thanks for the ride guys!!!! As a helicopter pilot so eloquently stated one evening, “You have to have a sense of humor!” I couldn’t agree more!

You can see just a little smoke on the other side of these trees, directly in the path of the road. 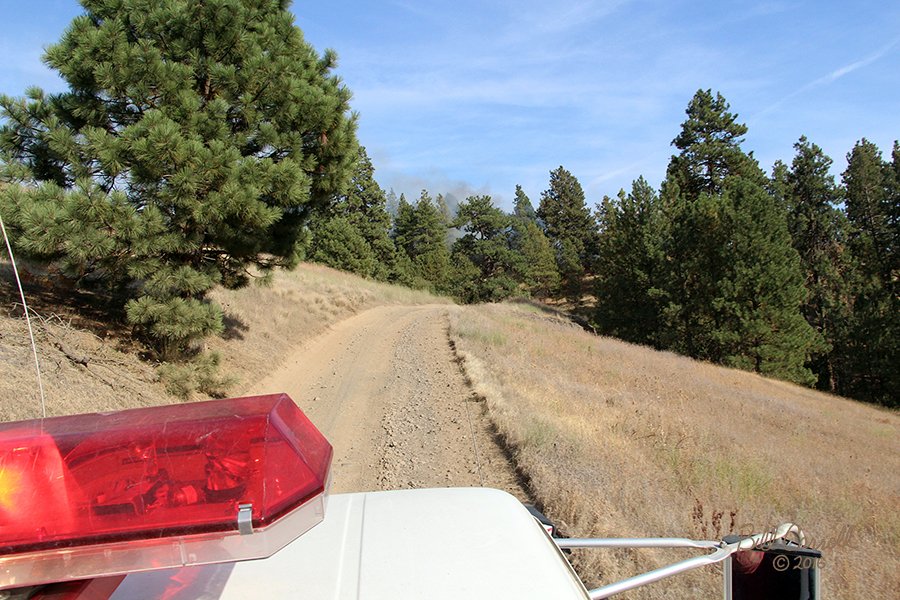 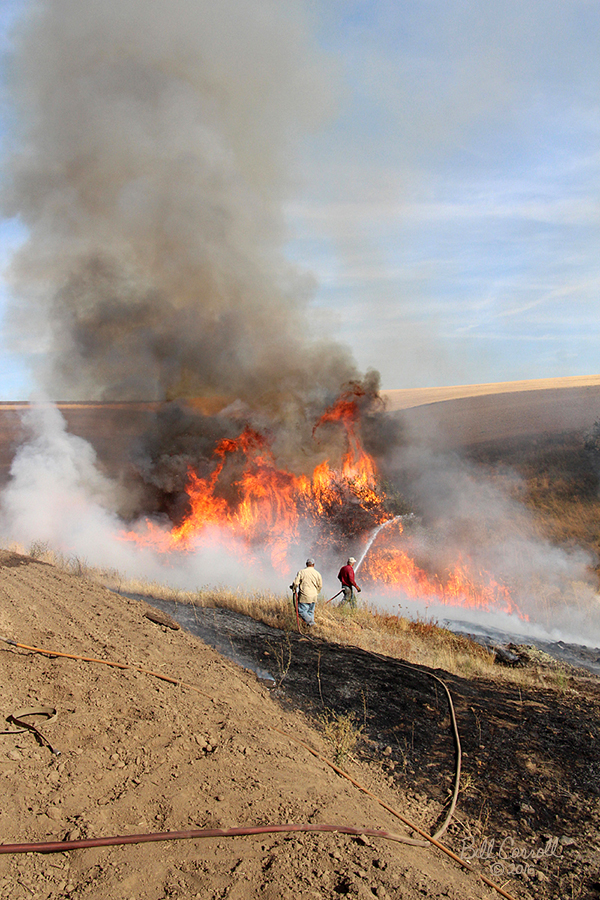 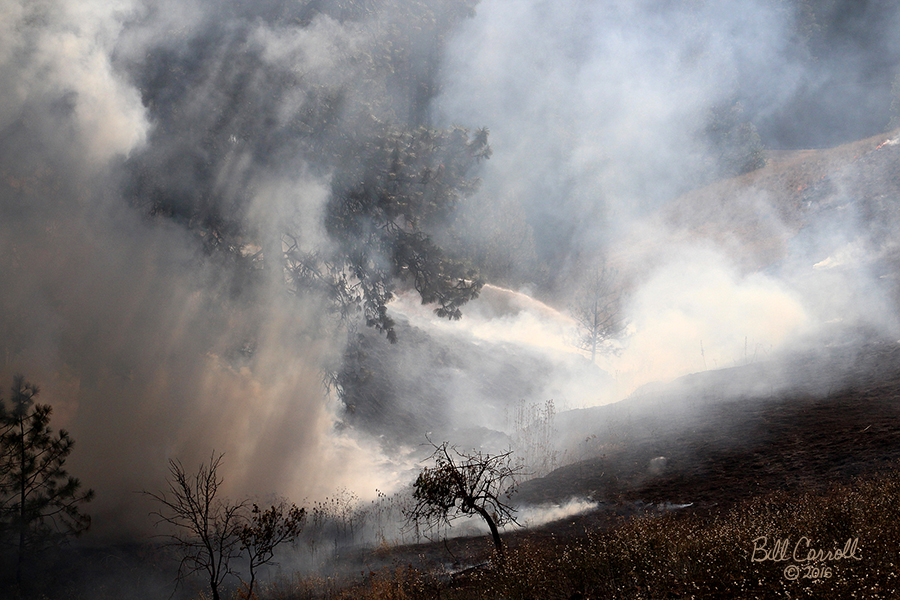 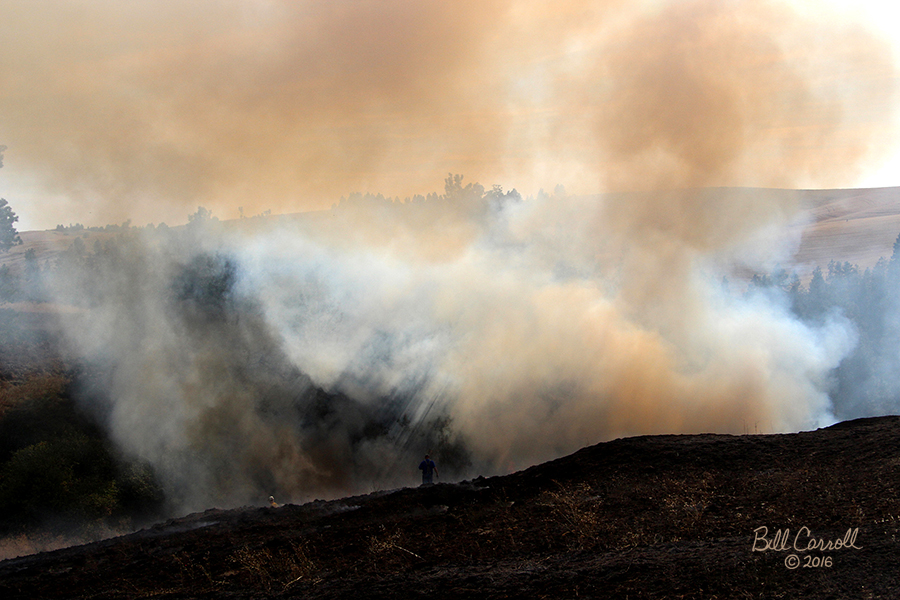 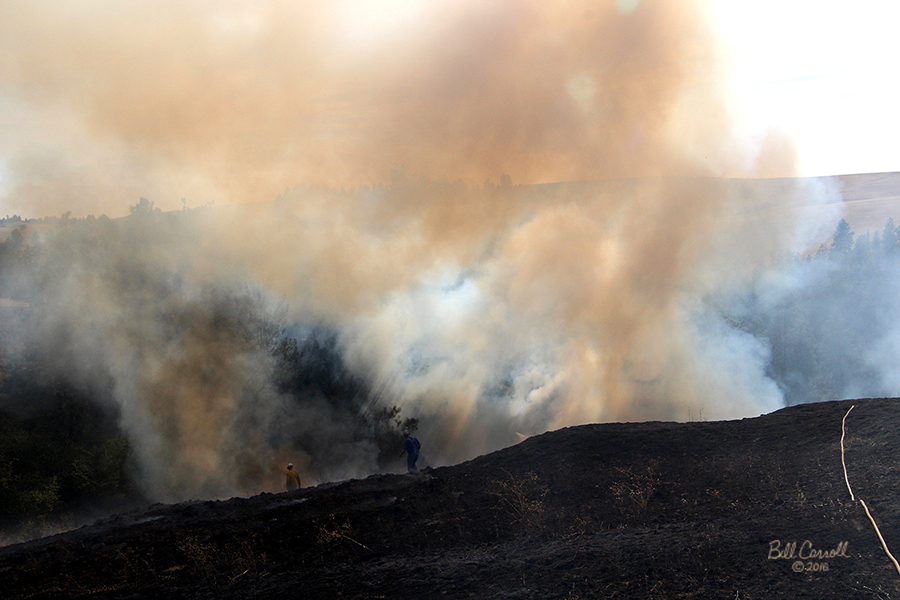