This place is near the town Fruita, now part of the park. It was originally homesteaded by a family named polygamist Calvin Pendleton in the early 1900’s. He built the house in 1908. The barn and house are now sometimes referred to as the Neils Johnson Ranch, Gifford place, or Capitol Reef Ranch. Why they call it the Gifford Homestead sometimes, I don’t know. They bought it in 1928. It is located on the Fremont River and still has a large orchard on park property, growing apples, pears, peaches, cherries, apricots, mulberry and plums. It is a super garden area too. It’s way better than Dillon, Montana for fruits and vegetables. The altitude is similar in both places (about 5400-feet), but the growing season is much longer in Fruita.

Bottom: These Petroglyphs are attributed to the Fremont People and are said to be 700-1000 years old. I don’t know what they mean. Maybe they are fanciful renditions of the artists’ mothers-in-law, first blind dates, or maybe something more interesting. I’ll leave the interpretations to you. 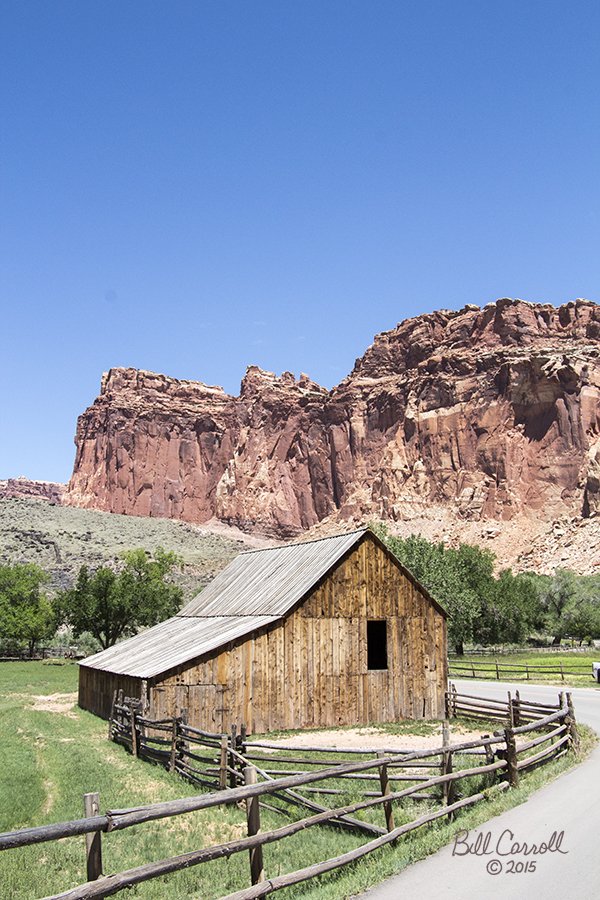 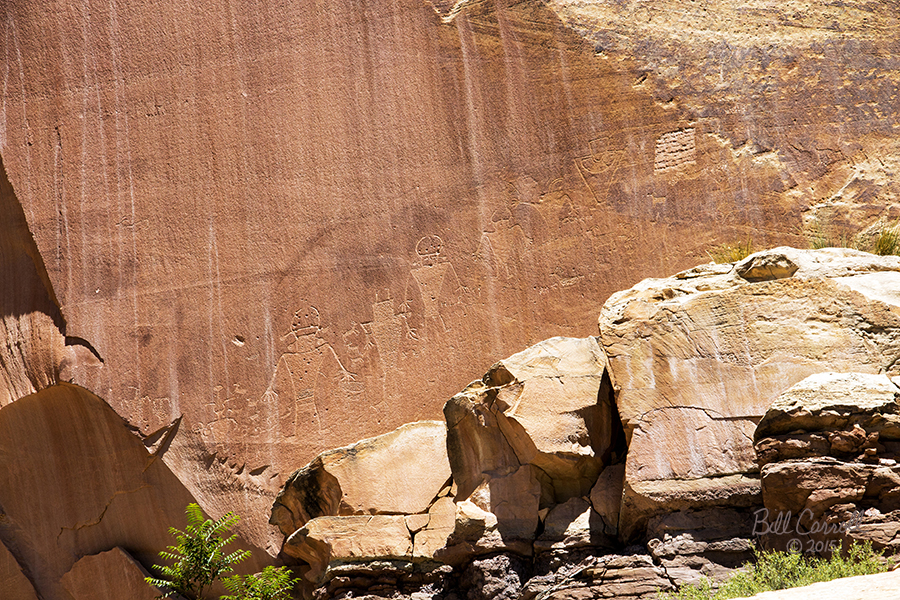