We came home on Tuesday from Dillon. We had intended to be back a day later, so all of our gear was packed and ready, and we were able to leave far earlier than usual. That allowed us the time to stop along the way. The building faces north, so it is hard impossible to get the lighting I like.

This is the oldest building in Idaho, built by the Coeur d’Alene Indians under the direction of Father Antonio Ravalli and completed in 1853 on the Coeur d’Alene River. It is constructed using a very old method called wattle and daub, which required no nails. The method utilized here involved drilling the posts and running small  poles through the holes and into the corresponding holes in the neighboring post. Then dried tall grass is draped over the poles and then “daubed” with a mud made with local materials, usually containing clay and/or manure, sand, grass, etc., pretty much what is available, and looks a lot like plaster. It was then painted, in most cases, to repel water. In this case, the building was sided with wood. It is amazing the ingenuity that was employed to decorate the interior, utilizing such things as painted newspaper, tin cans and natural dyes such as huckleberry to stain the wood.

The location became a supply hub for trappers, traders, miners and settlers because paddle wheel boats could land there. It is owned by the Coeur d’Alene tribe and administered by Idaho State Park Service. 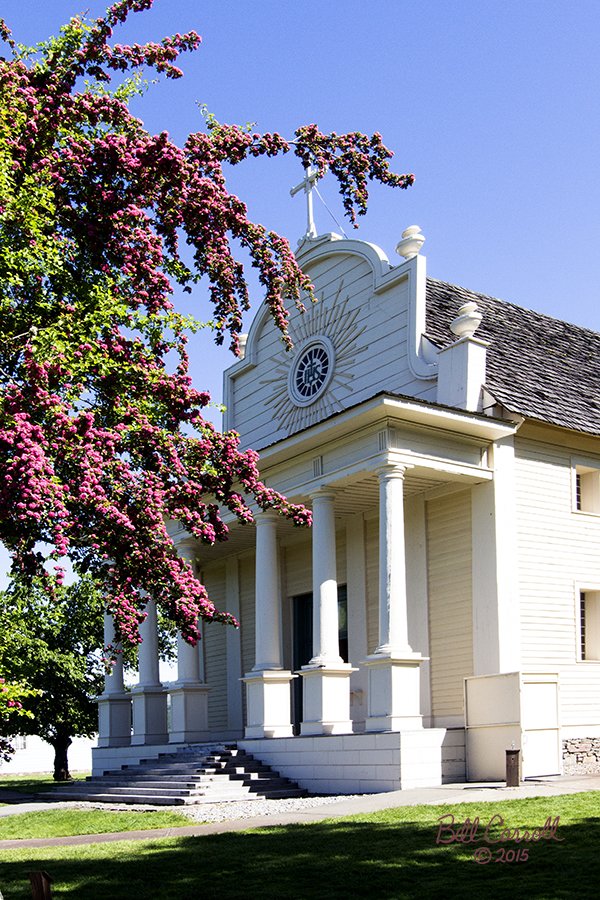 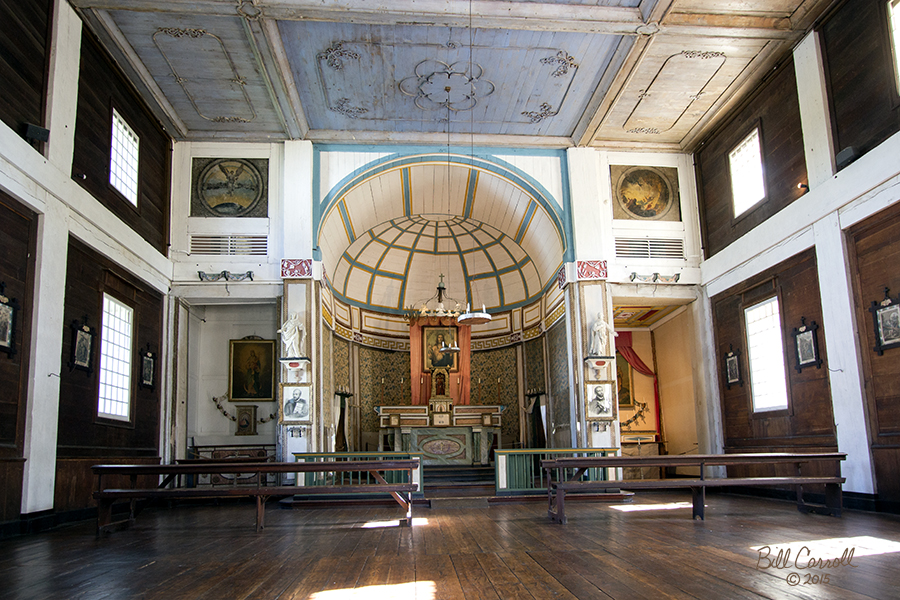 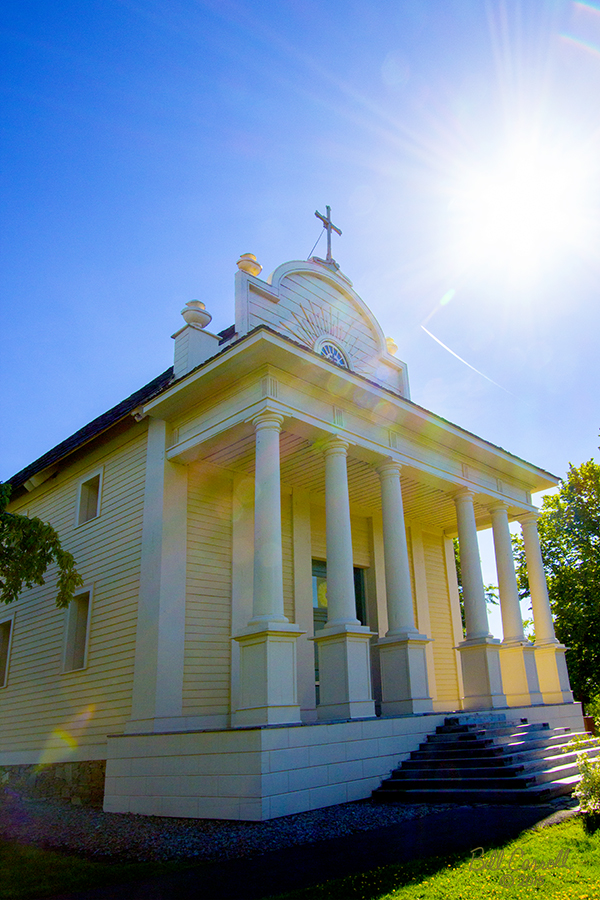