Colfax, Washington. This is an unusual barn in that it never housed the horses it was built for. Before it was finished, the owner, a man named Codd, traded his horses for tractors. Maybe one of them kicked him, that I don’t know.

What I’ve been told though, the hay loft was converted into a basketball court. His sons, and the neighbor boys played all year long. Some went on to great basketball careers at area colleges. 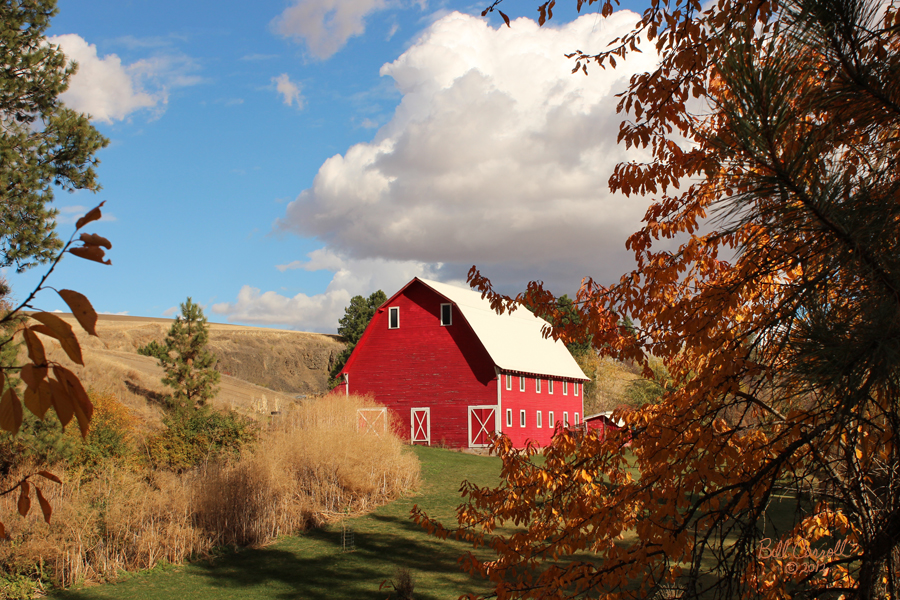