I’ve noticed that people like pictures of locomotives. A couple of years ago, we rode the Durango & Silverton Railroad from Durango, through the San Juan Mountains to 9300-ft high Silverton, Colorado, on one of the last narrow guage lines in existance. Silverton reflects by-gone wealth in its architecture. Gold and silver produced from Sunnyside Mine, discovered in 1873, made Silverton very prosperous. Other mines were founded as well.

The railroad arrived in 1882, making it much easier to move ore to Durango for processing.

The locomotives they were using when we were there were both coal fired Baldwin Locomotive Works K36 class with 2-8-2 wheel arrangement, boasting 36,200 pounds of tractive effort, and weighting in at 187,100 pounds. 10 were built for the Denver and Rio Grande Western Railroad in 1925 to haul freight. Only one was scrapped in that time. It fell into a roundhouse pit and was very heavily damaged. Durango and Silverton now owns 4 of them. Cumbres & Toltec Scenic Railroad owns 5, so it’s not unusual to see pictures of these special engines.

Bottom picture: Roundhouse at Durango. There is a very nice museum connected to this repair shop too. 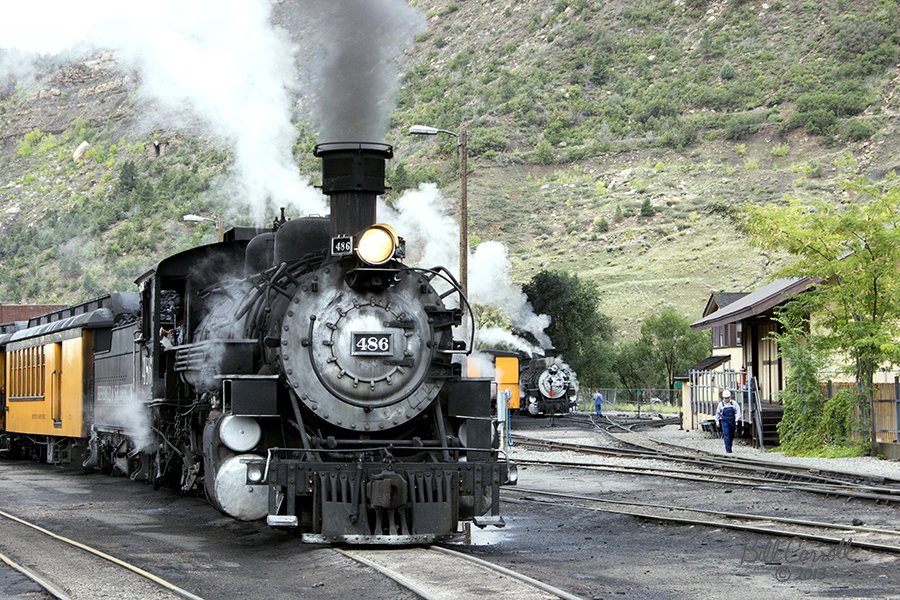 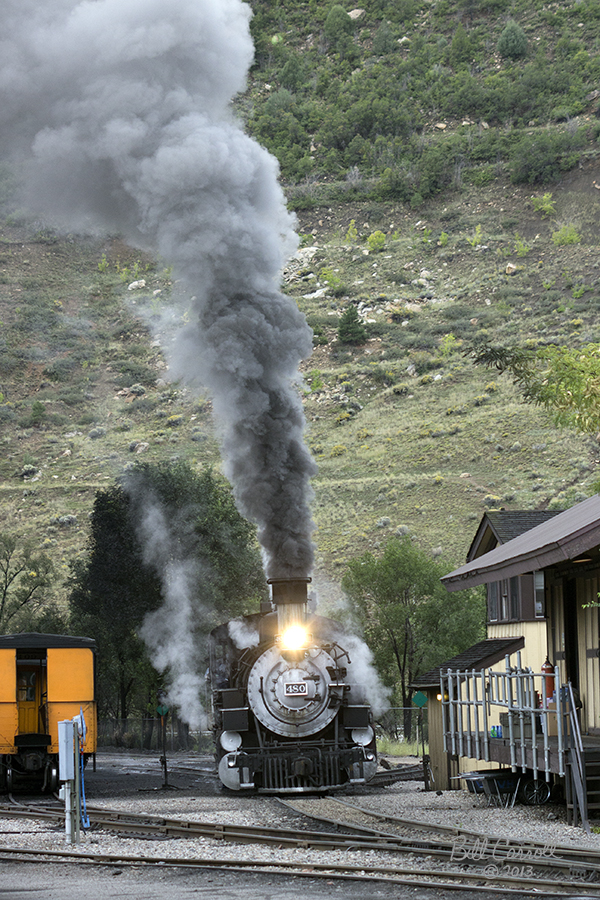 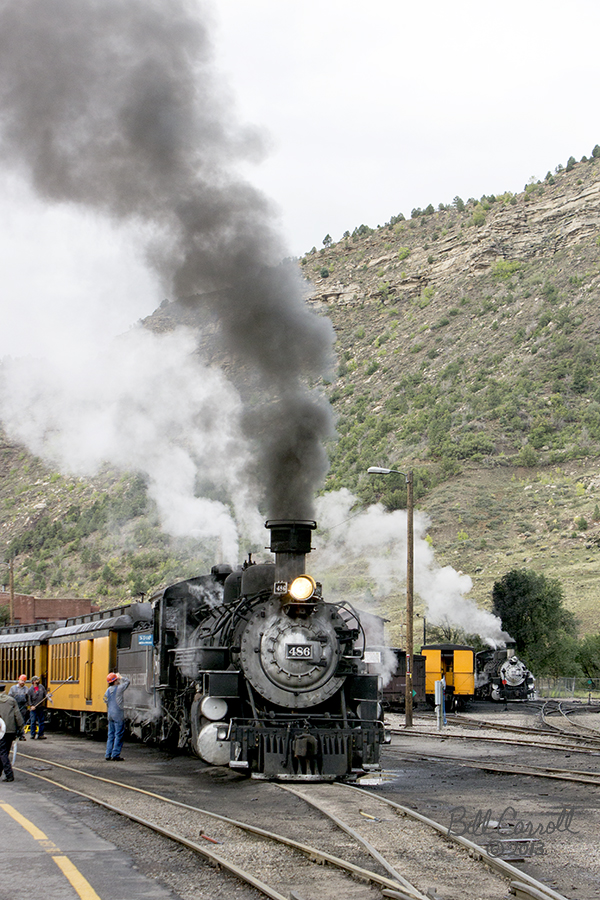 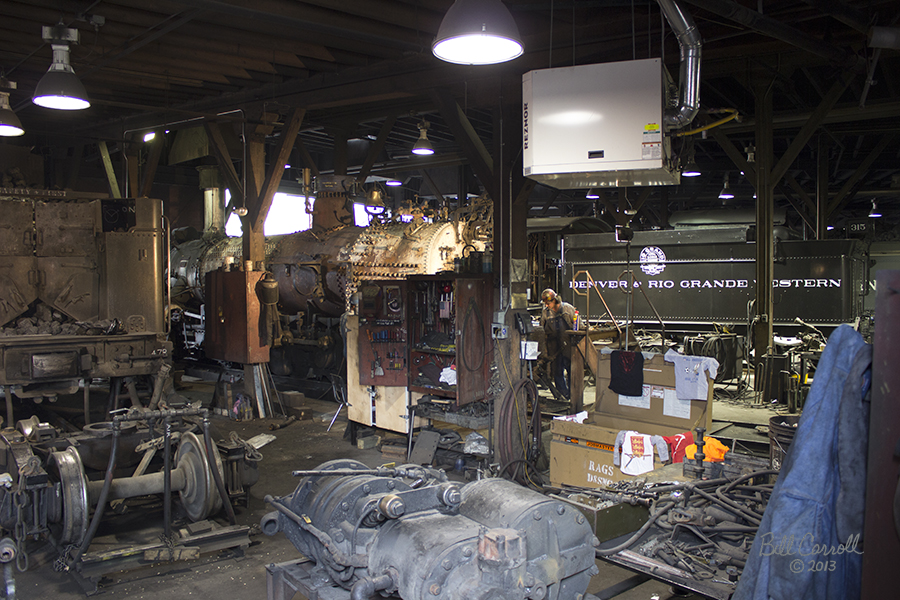