Nothing gets attention faster than a cloud of smoke during harvest. In minutes there were attack trucks and tankers here from Colfax, Diamond, Steptoe, Albion and maybe  others I didn’t see. Attack trucks are small 4-wheel drive fire trucks that are fast, and maneuverable. They can’t carry much water, so they are always accompanied by tankers to refill them in the field. In minutes, there were tractors and crawlers on the scene each pulling a disc, putting the wheat and stubble down and mixing it with soil. The last step is to cut a perimeter around the burned area with tillage equipment such as discs to prevent the fire from starting up again and “jumping” to an unburned area.

This fire was started by a farmer’s pickup, but did little damage, claiming 8-10 acres of standing wheat. Most of the burn was in stubble. Wheat fires are very hot, notice the flames in this small area of standing wheat. 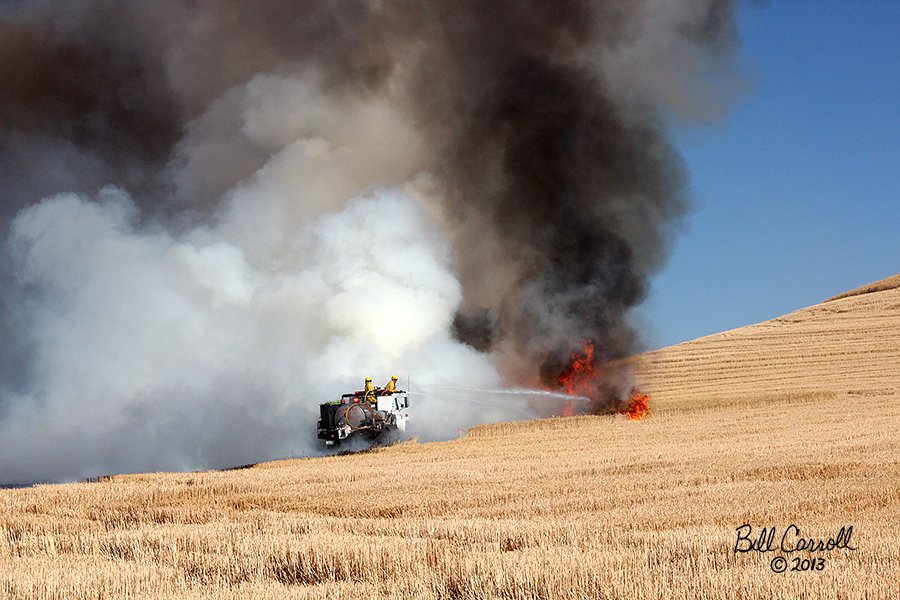